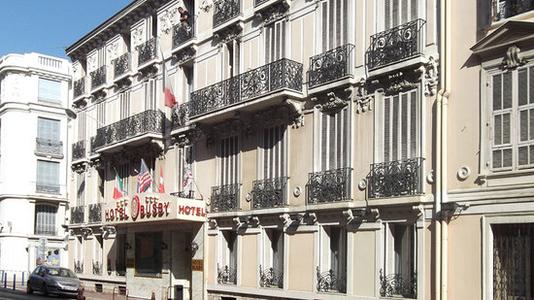 France, like most European countries, is known for smaller hotel rooms at relatively expensive prices. But if you’re happy to pay a little more, you can get yourself a pretty comfortable and cosy room near the centre of Nice.

Walking distance from the water, the main shopping strip and other major attractions in Nice, Hotel Busby Nice is actually quite, well, nice. We stayed in a standard double room which featured a small balcony and a very small bathroom but these were pretty spacious when compared to most other European hotel rooms.

You get what you pay for really. The breakfast is continental so don’t expect to eat any local French delicacies at the hotel. Instead, venture outdoors and walk to the main shopping district where you can eat in a local French café.