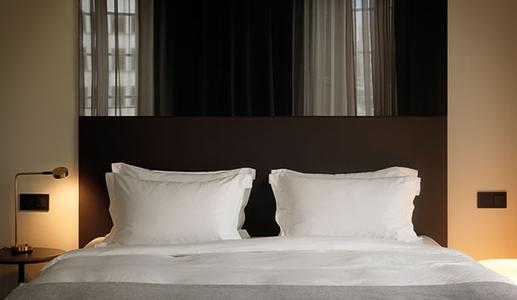 Luxury squished into a room

Located in the heart of Stockholm city, Nobis Hotel is as convenient as it is luxurious. The hotel is within walking distance of all public transport, major shopping hubs, the water and attractions.

Staff here are extra helpful, friendly and approachable. If it’s your first time in Stockholm they’ll give you a map and circle the major attractions, transport hubs and any other relevant information you’ll need during your stay. They also explained the cheapest way to travel on the metro system and where and how to purchase tickets.

We stayed in the Standard King room which was as luxurious as the website claimed but without the space. The bathroom was a bit small and the shower had two doors which would open randomly as you were showering. That made it a little awkward to shower because they were hard to keep closed. But it was a cosy, comfortable and very sophisticated room with a great view of Stockholm.

The buffet breakfast served here is one of the best I have ever had included at a hotel. There was a wide selection of fresh fruit and freshly squeezed juices, pancakes, bacon and eggs, and the usual toast and cereals. 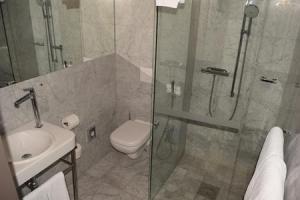 Because the hotel is so central to everything, we weren’t really in it very much. We simply used it to shower and sleep and for that it was great. The only problem was trying to fit two suitcases and all of our heavy winter jackets into such a confined space.

I would definitely stay there again but if I was spending more time in Stockholm I’d probably opt for a larger room. Just so I can easily walk around the room without having to crawl across the bed.

I give Nobis Hotel four and a half stars.

Need help exploring Stockholm? I did it in just two days! Don’t forget to check out my review of the famous Ice Hotel in Kiruna too.

The number of animals killed and injured by the #AustralianBushfires continues to climb. @wwf_australia estimate that 1.25 billion animals may have been killed, but the exact number will never truly be known. The good news is that organisations like @wireswildliferescue and @rspcaaustralia are doing all they can to rescue and take care of injured wildlife. Donations of any size can help ensure the survival of our wildlife. 🐨🦘❤ #BushfireCrisis #Australia #wildlife #koala #kangaroo #bushfireappeal
We've officially spent a whole decade by each other's sides! 😍 (Swipe right to see baby Ash and Dave and their really poor hair choices 😅). From graduating high school and uni, to travelling the world, buying a house and adopting Sprocket - we've done a lot these past ten years! ❤ I can't wait to spend every future decade by your side as your wife, Dave. Bring on 2020 and our first decade as a married couple! 💕💍 #WalkerAllOverYou
Welcome to another gorgeous day on the coast 😍☀️ #beachbum #Christmasholidays
A photo from a while back 🚤 #throwbackthursday
How have we already been engaged for a whole year!? Still getting used to the term fiancè 😅 Can't wait to marry you, Dave ❤ 28.03.20 💍 #WalkerAllOverYou
This smoke-free beach day is only possible because firefighters are risking everything to battle some of the worst bushfires in our history. ☀️❤ #beachday #summer #lifesabeach