Nara Park is accessible via train from both Kyoto and Osaka. We visited Nara while we were staying in Osaka and the train from Osaka to Nara took around an hour. The train is covered by the Japan Rail Pass.

Our first stop was Nara Park, the deer park, which is a straight walk down Sanjo Do Street from Nara Station. Deer here are wild and park entry is free but we paid 100 Yen for a couple of crackers to feed the deer. The deer were friendly – I would say too friendly although it does make it easy to get a photo with one of them.

There are shrines, temples and pagodas scattered throughout the park as well, some of which you’ll have to pay to enter. Once we’d explored the park, we walked back down Sanjo Do Street where we did some shopping and devoured ramen for lunch.

After lunch we stumbled across an arcade where we spent more money than we should have trying to win a Pikachu toy. I recommend the photo booths! They’re not in English and really hard to understand but you end up with some really kawaii photos to show your friends and family back home.

It’s easy to see the highlights of Nara in just half a day so get there earlier in the morning to beat the crowds. We had the deer park to ourselves until around 10am when the crowds and tour groups arrived. 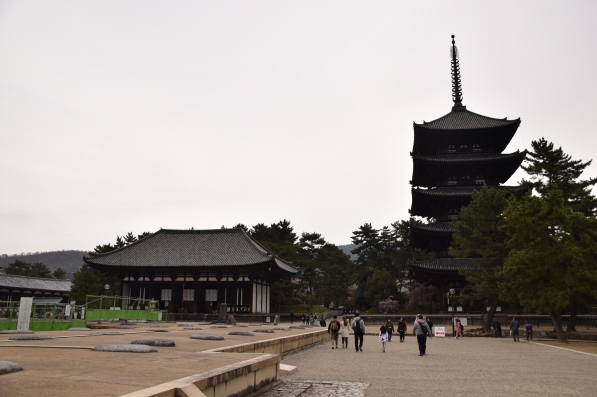 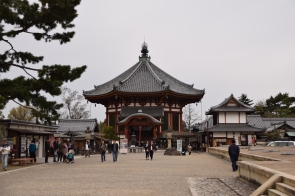 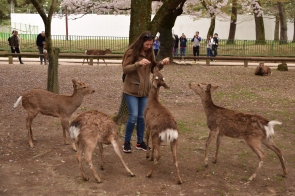 Trying (and failing) to feed the deer 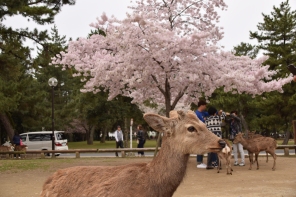 “Get my good side” 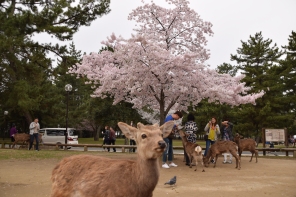 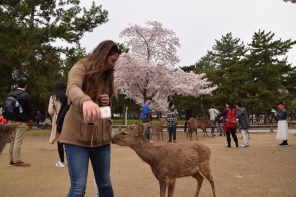 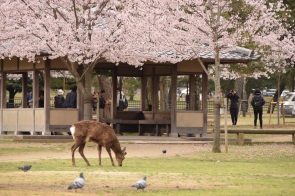 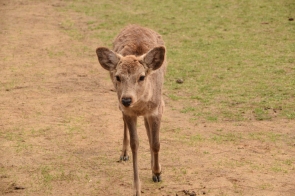 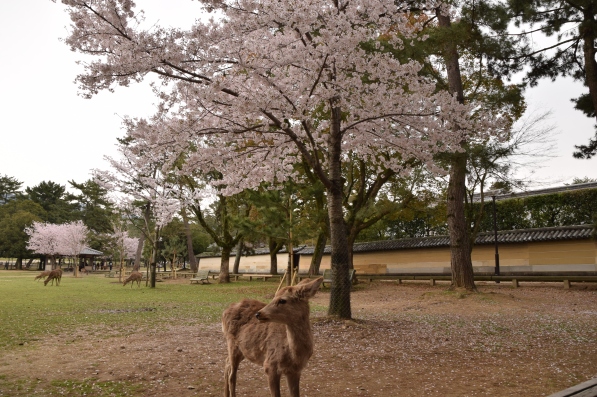 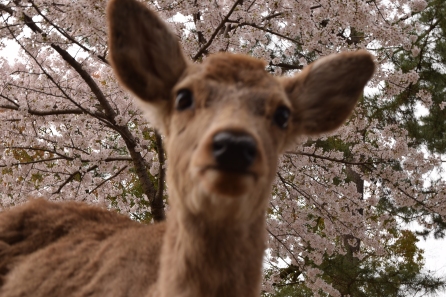 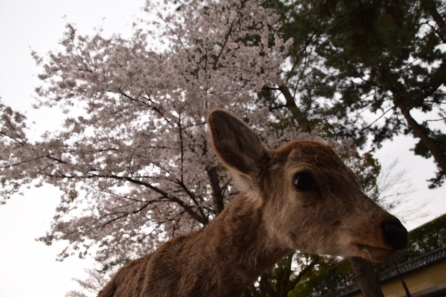 Nara Park was one of my favourite parks in Japan. What’s yours? Let me know in the comments below!